On today’s episode, I’m talking all about emotional eating. A lot of people who come to me say they can’t stop eating emotionally and they’ve tried everything to stop it. This episode will cover the basics of emotional eating, focus specifically on why it develops to cope with sad emotions and dive into why it’s not as big a problem as you may think!

In this episode, I talk about:

What is Emotional Eating?

Most people think emotional eating is a bad thing, but it’s not inherently negative.

Recent research shows that emotional eating happens in response to what we perceive as positive AND negative emotions. It could be:

Emotional eating is just eating because you’re responding to emotions.

Why Do We Use Food To Cope?

Our brains really, really like food. Our bodies need it. Since food is what keeps us alive (and we like things that keep us alive), we have a dopamine reward system in our brains for it. A big reason why emotional eating develops is because somewhere along the way, the feel-good dopamine response from eating becomes a way to cope with sad emotions. Food also has compounds in it that:

Emotional eating is built into our DNA; it’s part of what makes us human. Food makes us feel good, so it’s only natural that it can become a method to cope with life’s difficulties and sad feelings.

There’s a bunch of reasons why food is a really common coping mechanism. One reason documented in the research is that people who have a history of restrained eating (AKA a history of dieting/trying to manage your weight) are actually more likely to emotionally eat than people with no history of dieting. That’s why emotional eating goes hand in hand with breaking free from dieting- there’s literally a reward system around eating that shows up when we’re trying to suppress emotions.

This is also why emotional eating and binge eating can go hand in hand- if you’re using food to cope with your emotions and then feel guilty afterwards, you’ll end up restricting and then eventually binge. Binging is a response to deprivation, and if you’re dieting in response to emotional eating, you’ll end up binging. If you’ve experienced this, I’m sure you’re familiar with what I’m talking about and can see that it’s all connected.

Let me start off by saying that emotional eating is not a bad thing. Even in response to sadness, stress, or frustration.

I don’t think that emotional eating is the worst coping mechanism that we can have.

Our society has deemed gaining weight as the worst possible thing you can do for yourself, and as a result emotional eating has been labeled as bad as well. There are a lot worse things that you could be doing to cope. At least food is delicious! That being said, are you typically enjoying the food while you’re emotionally eating? Probably not. At a certain point, when you’re using food to numb out, you’re not really paying attention to how good it tastes.

I don’t want to make light of this- I understand how intense emotional eating can be. Even still, I don’t believe it’s the worst coping mechanism we can have. Does that mean we don’t want to reduce how much we rely on food? Absolutely not. Just because I don’t think it’s a bad thing doesn’t mean there aren’t better, healthier, and more productive ways to cope with your emotions. It just means there’s some room for growth and healing.

When Is Emotional Eating An Issue?

Emotional eating becomes problematic when it’s one of your only coping mechanisms and you don’t ever address the problem underneath.

The series of events that often happens is:

Very quickly, you can get lost in the whole thing and completely avoid dealing with the original problem.

Your body is just trying to help you out- it’s doing the best that it can. Once you get to the point where you realize you’ve been suppressing your emotions and they’re showing up as emotional eating, make sure that whatever way you choose to deal with your emotions actually addresses them and doesn’t aim to restrict your food. That is not the answer. It’s not going to make you feel better; it’s putting a Band-Aid on the issue that goes deeper than just the eating.

How You Can Stop Emotional Eating

Since emotional eating happens with happy emotions too, you can’t stop doing it entirely. But when it happens in response to sad emotions, the only way to down-regulate (AKA use your dopamine reward pathway less) is to up-regulate and strengthen other pathways that release dopamine but don’t use food to get there.

Start by developing other coping mechanisms. Make a list of everything that makes you feel better other than food. If you remove the judgment and that story you tell yourself about emotional eating, you’ll see that you do have other coping mechanisms whether it’s going for a walk, talking to a friend, crying, journaling, or whatever else.

The worst things you can do in response to emotional eating are judging and isolating yourself. When we emotionally eat, we feel ashamed, we start thinking all these horrible things about ourselves, and then we punish ourselves by not hanging out with friends or not going to events until we get our food issues fixed or lose weight. By doing this, we create even more negative emotions in response to the thoughts about emotional eating, and continue the pattern over and over again.

You can spin around in circles for the rest of your life, or you can:

Sometimes, dealing with the problem means just having a good cry. If the problem is something in your life that you’re not happy with, figure out how you can take steps to improve it without judging yourself for where you’re at right now.

That’s my breakdown of emotional eating! I hope this helps you release some of the judgment around emotional eating so you can start to work through it and figure out what’s causing you to emotionally eat. I hope that if therapy or coaching might benefit you, you’re able to take the steps you need to get the help. It’s a lot easier of a process to work with someone rather than do this alone- it’s a lot more efficient, you’ll feel better faster, and you’ll develop some helpful tools to deal with your emotions.

If you would like to book a discovery call with me, head over to whitneycatalano.com/book and we can see if it’s a good fit! 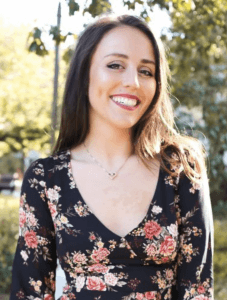 – Heal your relationship with food

– Make peace with your body

– And take the power back from your inner bully

If you’re tired of failing diets, obsessing about food, and waiting to lose weight before you live your life, I need you to know that it’s not your fault that dieting hasn’t worked.

Click on the image below to learn more about why diets have failed you and how you can start healing today. 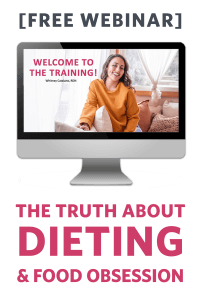 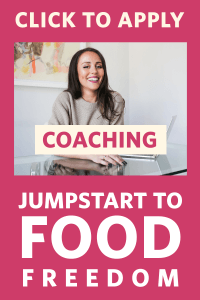 Join me for the 5 Day Diet Culture Detox